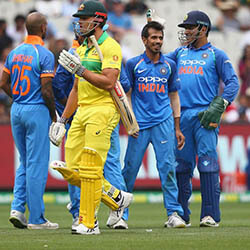 A planned tour of the Indian cricket team in Australia, valued at around $300 million, hangs in the balance. With ongoing global health concerns threatening to have the event called off, Indian players have now offered to self-isolate in the country for a fortnight before being allowed to play. This is the measure they hope will alleviate concerns.

Treasurer for the Board of Control for Cricket in India, Arun Dhumal, did not beat around the bush. He stated that the Indian team had no choice but to undergo a self-isolation period if that’s what it took to ensure the Test and one-day series went ahead. He added simply that there was no choice, and that the event had to go ahead.

He added that he understood a two week self-isolation was not an especially long lockdown period, but explained that all the sportsmen had already been in quarantine in India for an extended time. His conclusion was that standard procedures in this regard would soon be decided, but hoped that this would perhaps be a benchmark for how future situations would be handled.

With this being said, it should be kept in mind that the event represents an enormous financial investment for Cricket Australia (CA,) with the broadcast rights estimated to be worth roughly $300 million. In the meantime, around 80% of CA have been temporarily stood down, presently only receiving 20% of their standard pay. Plus CA are sitting on a $200 million loan.