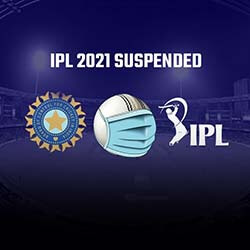 Saturday’s announcement by the Board of Control for Cricket in India (BCCI) over the remainder of the IPL being due to be played in the UAE in September and October has created quite the upset for Cricket Australia. The IPL was postponed indefinitely at the beginning of May, after a small number of players and support staff returned positive test results.

The BCCI revealed on Saturday that the competition’s remaining 31 matches would be played in the UAE directly head of the Men’s T20 World Cup, which is set to commence towards the end of October.

But since the remainder of the IPL will be played after India’s fifth Test against England, which draws to an end on Sept. 14, the timeline presents Cricket Australia with an extra worry over players’ preparation for the Ashes. This since Australia’s only scheduled Test match before the Gabba Test in December will be against cricket small-sprats Afghanistan.

England, however, will by that point already have played a total of 13 Tests in 2021 – including 9 against cricketing-force India.

Also anticipated to take a dive is the 2021/22 Sheffield Shield. Since the biggest part of Australia’s Ashes squad will be playing T20 in the UAE, the Shield will this year be left with mostly lower-graded players. This ultimately means – depending on final IPL and Sheffield Shield scheduling – players like David Warner, Steve Smith, and Pat Cummins, now face the possibility of having played only a single long-format match across the eight months leading up to the Ashes.