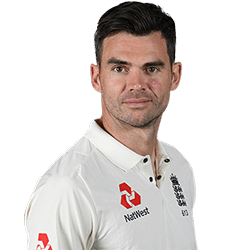 James Anderson claimed four wickets during the final session to push the first Test in England’s favour for day one against the West Indies in a match played in Barbados.

The hot team had seemingly been ahead thanks to fifties that were hit by Roston Chase, Shimron Hetmyer, and Shai Hope. But Anderson managed to dismiss Hope for 57 before then removing Roston Chase for 54, along with captain Jason Holder and Shane Dowrich with the second new ball. Ben Stokes caught Kemar Roach off the last ball, leaving the hosts at a final of 264-8.

Hetmyer currently remains unbeaten for 56 off 60 balls after having played a more aggressive innings with five fours and two sixes after he was dropped by Jos Buttler on three. The visitors, who had left out Stuart Broad for all-rounder Sam Curran, had not offered their opponents a sustained threat as they played on the Kensington Oval pitch, but Anderson proved his mettle as he lifted up the team, along with another three wickets from Stokes.

36 year old Anderson bowled after tea, and took 3-6 within five overs, and became the second English bowler to take 200 Test wickets while playing on foreign soil. Stokes played just as well, striking twice before the break and then returning to dismiss Roach for a duck, and culminating in West Indies losing four wickets for 24 runs by the time the game had come to an end.