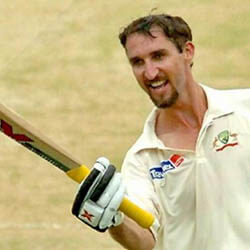 Aussie cricket legend Jason Gillespie says he’s happy to be leaving Sussex to return home to assume the role of full-time coach to a Southern Australian team at the end of the 2020 season. The news of Gillespie’s departure was announced via a statement issued by Sussex earlier this week. According to the statement, Gillespie will be returning home to assume a coaching position with the South Australian Cricket Association.

Gillespie appears to have been earmarked to become the new head coach to the rapidly slipping-away Redbacks. If this were indeed the eventual outcome, Gillespie, who is already in charge of the Adelaide Strikers, will be the man at the coaching helm of not only Southern Australia’s Big Bash League, but also its first-class teams.

The now 45-year-old Gillespie during his heyday as a star cricketer played for South Australia as well as having been part of a total of 71 Test caps played for his country in the mid 1990s to the early 2000s. He eventually went on to play county cricket for England before making a seemingly effortless switch to coaching.

Before accepting his current role at Sussex in Hove at the beginning of the 2018 season, Gillespie helped Yorkshire towards back-to-back County Championship titles in 2014 and 2015. He was leading up to his acceptance of his current position at Sussex named as a possible future coach of England – a position that would ultimately befall fellow-Aussie Trevor Bayliss.

Sussex CEO Rob Andrew has in the meantime expressed his regret at having to see Gillespie go but added that Sussex supported and understood the cricketing great’s decision to return home to Australia.