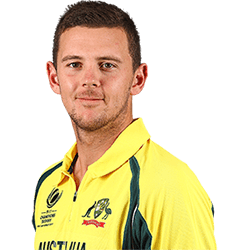 Australian pacer Josh Hazlewood has withdrawn from the upcoming Indian Premier League tournament. Hazlewood announced his decision only a day before local players were set to travel to India for competing in this year’s IPL. The 30-year-old was set to re-join MS Dhoni’s Chennai Super Kings after signing with the franchise for his maiden CSK season last year.

Hazlewood, who will now be available for potentially both the Marsh One-Day Cup final as well as the Sheffield Shield final over the course of the coming weeks, explained his last-minute withdrawal as having been prompted by 10 “long months” spent in bio-bubbles and managed isolation. This had apparently prompted his decision to spend some time at home in Australia instead of travelling to India.

Another deciding factor is reportedly the fact that Australian cricketers could potentially be facing a significant winter – with both a lengthy tour of West Indies and the possibility of a Bangladesh T20 tour in the mix. Since all of that will be followed by a T20 World Cup leading up to the Ashes, Hazlewood said he wanted to give himself sufficient time to rest physically as well as mentally.

Although Hazlewood said he would not be playing in the Shield clash with Queensland, the belief is that he will be available by the time the Sheffield final rolls around – that’s if the Blues make it into the final, of course.

Hazlewood’s last-minute withdrawal decision sees him joining fell-Aussies Mitchell Marsh and Josh Phillipe, who have both pulled out of the upcoming IPL season.