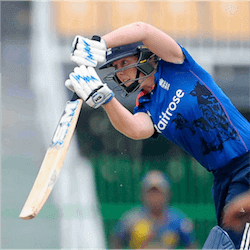 The ODI World Cup for women, officially titled the ICC Women’s Cricket World Cup, has only been held 10 times to date. Six of those tournaments have been won by the Australia women’s national cricket team. In fact, the Southern Stars are the reigning champions, after beating West Indies by 114 runs in the 2013 final in Mumbai, India.

So it’s no wonder that Australia’s betting fans are backing their team to take a seventh trophy at the 2017 Women’s Cricket World Cup, which starts in England on 24 June. Prize money this year has also been increased. The eventual champions will take home US$2-million, so the defending champs have all the motivation they need to play out of their skins.

Punters will be able to follow every bit of the action, too. Ten matches, including the semis and the final, will be televised live, and the other 21 will all be live-streamed online. With more and more online sports betting sites offering live streaming alongside the wagering action, cricket fans don’t have to miss a single ball.

There are eight teams competing in the 2017 Women’s Cricket World Cup. Australia, England, New Zealand and West Indies qualified by virtue of the fact that they finished in the top four at the 2013 WCWC. India, South Africa, Sri Lanka and Pakistan won their places in the WCWC qualifiers held in Colombo earlier this year.

The teams are not divided into pools, but there are 28 round robin matches in the group stage of the competition before the knockout rounds, when the top four teams on the ladder go through to the semis.

Australia’s toughest matches in the group stage are likely to be against India, England and South Africa. Thankfully, none of those take place until the later stages of the competition, so the Aussie team will have an opportunity to build up a points cushion on the ladder against the weaker teams, before they face the potential threats.