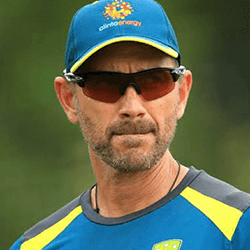 Australia cricket coach Justin Langer has for the first time opened up about a 10-month secret health battle that nearly saw him quit the sport for good.

The 35-year-old, who is now being treated for vertigo and migraines, recently revealed to a Western Australian news publication how he had during the 2019 World Cup in England suffered hearing problems, vertigo, migraines and tinnitus. Ten months of secret hell had ultimately led him to fear that he too was suffering from the same ear tumour diagnosed with his father 25 years earlier, Langer reportedly said.

Weirdest of all, said Langer, was how his condition “came on” completely unexpected. Brain scans have mercifully in the meantime given the Aussie coach the all-clear verdict, with his treatment now involving medication and physiotherapy for migraines and vertigo.

The former Australia opening batsman and 105-Test star cricketer also said that though the most unsettling feeling in the world, he believes the physiotherapy to be working for and relieving the vertigo. He also added that he could not help but wonder whether a factor in his condition could have been the many hits he suffered in the head throughout his 18 years as a career player.

So inspired was Langer by his dad’s journey, as well as his own, that he has reportedly agreed to become the 2021 ambassador for the Ear Science Institute.

Following his wedding of long-time sweetheart Sue in 1996, the couple have since been blessed with four daughters.