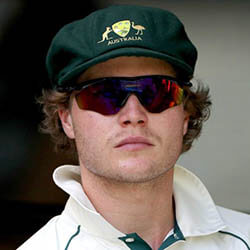 Aussie cricket fans may have to wait a little while longer to see uncapped young player Will Pucovski make his playing debut for the national side. This following hints dropped earlier this week by Justin Langer regarding Joe Burns’ remaining in the position of opener for Australia’s first Test against India.

Australia on Thursday named the 17-man Test squad set to be included for the upcoming Tests against India’s national side. And though both Pucovski and Cameron Green have been confirmed as part of the squad, seeing Pucovski enter the field as part of the playing XI is beginning to look more and more unlikely.

Most of the inclusions in the first eleven have already been named as locked in. Much speculation has however been doing the rounds regarding the possibility of Pucovski being named replacement of Joe Burns following the youngster’s back-to-back double centuries recently smacked.

Langer however on Thursday spoke about his intention of remaining consistent with the messages handed down to the players – one of which has been that of an appreciation for the combination of David Warner and Joe Burns. They have a synergy and a chemistry that is hard to beat, said Langer in response to questions regarding the possible inclusion of Pucovski instead of Burns.

Australian cricketers who played in the recently concluded 2020 Indian Premier League in the United Arab Emirates have all since returned back home and are currently completing the mandatory 14-day isolation periods.

Though challenging a situation, Langer has confirmed that everyone set to play against India remain in good spirits and perfectly eager to get a summer’s worth of playing underway.