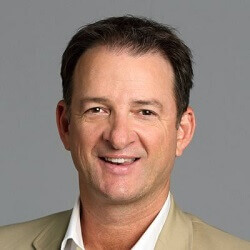 Mark Waugh, long time cricket selector for the World T20, has confirmed to the public of his resignation, and that he has no plans to renew his contract once it comes to an end in August.

Many see it as another hit for Australian World T20, which the country has yet to win. Australia has also been chosen as the host country for the 2020 World T20.

As of yet, no replacement has been announced, but the announcement will no doubt be revealed soon as the country gears up to try and win their first T20 game in two years.

Waugh, alongside former coach Darren Lehmen, who were part of the selection panel, awarded a number of players last year over their win against New Zealand and England, but have now both stepped down since.

Pat Howard, CA performance manager, had this to say, “In recent times, Mark’s in-depth knowledge of the T20 game and the Big Bash league has come to the fore. As lead selector in this format, he has identified talent in the Big Bash League and helped to create a strong Australian T20 squad, which has risen up to second on the ICC rankings and laid a foundation for what we hope will be a successful World T20 campaign in 2020 on home soil.”

Some have pointed out that suspended skipper Steve Smith may well take over the role of leader by the time the October tournament starts in 2020, but that has not been officially confirmed yet.