Marnus Labuschagne Back With A Bang 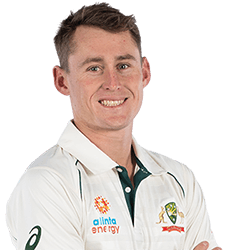 Following a stint in isolation, Marnus Labuschagne has made a triumphant return to cricket, smashing an 18-year record for Glamorgan in the first game back. He managed to collect 276 off 268 balls for Glamorgan’s 2nd XI against Northamptonshire. This also included four sixes and 32 fours.

Labuschagne was in isolation for 10 days along with teammate Michael Neser after coming into contact with Glamorgan’s Nick Selman who had tested positive for COVID-19. This meant that they were unable to play in Glamorgan’s County Championship as they were still in isolation.

The previous record was held by Ian Thomas. In 2003 he hit 267 which has since been surpassed by Labuschagne’s impressive 276. Labuschagne is also Glamorgan’s leading run-scorer with an average of 58.80 along with seven wickets. He is a force to be reckoned with.

Labuschagne will be competing in the County Championship clash for Glamorgan against Northamptonshire and will join in the remaining games with his team before returning home to spend time with loved ones before the Australian cricket season starts.

He had missed the West Indies and Bangladesh tours as a result of pandemic related difficulties that resulted in travel arrangements being near impossible. The team had tried to find so many different ways for Labuschagne to take part in the tour, but at the end of the day, the only logical solution was to have him out this time. The pandemic has created so many issues in the world of sport and continues to do so with every passing day.