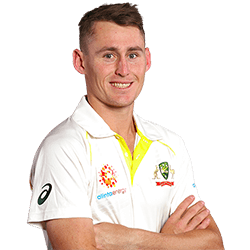 Current cricket captain Tim Paine acknowledged that Marnus Labuschagne has the makings of a great captain. This follows his public support of coach Justin Langer in the midst of dressing room discontent reports as a result of his unique coaching styles. He believes that Langer had been doing a great job during a difficult time.

Paine made the move to captain in 2018 when Steve Smith was banned from the sport for 12 months and banned from leadership roles for two years following a ball-tampering scandal.

Labuschagne’s passion for the game, quick-thinking nature, knowledge of the game, and natural leadership qualities all makes the batsman the perfect person to step in for the role of captain should the time come. It is these characteristics that led Paine to voice his support for the move.

Since 2018, Labuschagne has taken the world of cricket by storm, growing in stature, and eventually becoming the third-ranked batsman in Test cricket. He is a prolific batsman and his current enthusiasm for the sport positions him for a bigger, more prominent role in the future.

Paine has told reporters that at the rate Labuschagne is improving and evolving, he will definitely be in a position to step up and take the lead. This ongoing improvement is not only relevant to Labuschagne but the team as a whole. It is time for the team to evolve and grow with the support of coaching staff and players.