Marnus Labuschagne Signs On With Glamorgan 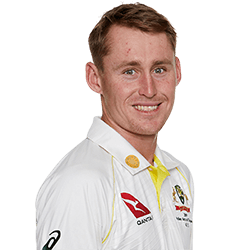 Australian batsman Marnus Labuschagne has been signed into a new two year contract with Glamorgan after playing in the Ashes. The player scored a total of 1114 Championship runs in 10 matches before he was able to win his Test place against the English side. Talking about his new contract, he told reporters that he happy to be re-signing and coming back to Cardiff for another two years, adding that he loves the city and enjoyed playing for the club.

Labuschagne has scored 353 runs in seven completed innings for Australia for the 2019 Test series that was played against England, which was after he had been drafted in as Test cricket’s very first concussion substitute for Steve Smith. Adding to his statement, the player said that he had played a few Tests before, but that the Ashes was a big difference, where he was able to play in a bigger series, and everything that he learnt in Glamorgan he was able to use during the series. He finally added that it was about starting the season like he had the year before, where they put performances on board and played as consistently as they could.

It’s unlikely that the player will have extensive Test commitments for his home country for the 2020 UK domestic season with only two Test matches scheduled against Bangladesh, although other Australian players may have domestic state commitments by the time the end of the year swings around.