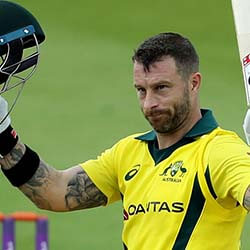 Aussie cricketer Matthew Wade is being scorched from all sides following a disappointing dismissal on the second day of the third Test between Indian and Australia at the Sydney Cricket Ground. Wade was given a cautious nod over Travis Head after the decision was made to bring Warner and Pucovski into the action for the crucial match.

Wade approached the crease after the dismissal of Marnus Labuschagne for 91 – which, incidentally, was the first time Labuschagne had fallen in the 90s in his Test cricket career. Having been returned to the comfortable middle order, Wade initially appeared confident going up against golden India spinners Ravindra Jadeja and Ravi Ashwin.

By the time it came to the second-last ball of the 77th over, however, Wade made the senseless decision to come down the wicket towards Jadeja, thereby completely mistiming the shot and catapulting it skywards in the direction of mid-on. Needless to say, Jasprit Bumrah wasted no time coming in for the perfectly positioned catch.

Being one of the more senior players of the Australian side, the overall consensus is that Wade could have and should have shouldered the pressure in a much more efficient manner. His obvious display of frustration by repeatedly hitting his pads as he skulked off the pitch didn’t exactly help matters along either.