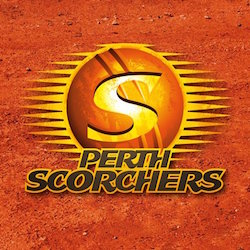 T20 cricket action returns to keep Australia’s online punters entertained with the men’s Big Bash League, which roars into life with a Spotless Stadium derby between Sydney Thunder and Sydney Sixers on December 19.

Brisbane Heat host Melbourne Stars at the Gabba on Wednesday, December 20, followed by Hobart Hurricanes at home to Melbourne Renegades on Thursday evening, and Adelaide Strikers v Sydney Thunder at the Adelaide Oval on Friday.

Defending champions Perth Scorchers don’t play their first BBL game until Saturday, December 23, however. They have to fly to Sydney for their opener against the Sixers at the SCG.

The good news, for WA fans, is that Nathan Coulter-Nile has pronounced himself fit for the Scorchers, although his physio might disagree.

Battling Stress Fractures in His Back

Initially, it was though NCN wouldn’t be available to the Scorchers for the BBL. Like Perth’s other star fast bowler, Jason Behrendorff, he’d been sidelined by stress fractures in his back.

The Cricket Australia physio has told NCN that he shouldn’t be bowling in back-to-back four-day matches for at least 12 months, but he isn’t prepared to drop cricket completely for that long. With four overs a bowler’s maximum allowance in T20, he’s betting on himself to manage a season of BBL without aggravating the injury.

It’s a calculated risk, but one that Scorchers fans will appreciate.

Perth are going to need every advantage they can get, if they are to turn their record three championships in six BBL tournaments into four from seven. The Sixers were their opponents in the final last year, and the Scorchers are going into the tournament with their squad depleted by national call-ups and injury.

Mitch Marsh, Shaun Marsh and Cameron Bancroft are all doing their bit for the Baggy Greens, and along with Behrendorff, all-rounder Cameron Green and wicketkeeper Sam Whiteman are also out injured, for the opening stages at least.

If NCN’s back holds up, he’s going to be a welcome addition to stiffen up Perth’s bowling attack.