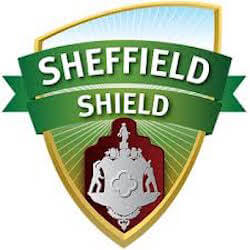 With so much international sports betting available at online sites, it’s easy for Australian punters to lose track of the top sporting events at home. They’ll want to start paying attention to the 2017-18 Sheffield Shield season, however; the domestic cricket showcase is looking to provide some closely fought thrillers over the next few months.

Round 1 was played from 26-30 October, with South Australia and New South Wales starting their first four-day encounter a day later than the other four regional teams. After taking a whopping 301-run victory over Tasmania, Western Australia tops the ladder thanks to their bonus-point margin, on 8.23 points.

NSW also handed out a thumping to SA, winning by 6 wickets at the Adelaide Oval, to take second place on 7.42 points. Queensland’s 110-run win against Victoria puts them third, on 7 points. All six sides will now play Round 2 from 4-7 November.

The most impressive clash of the weekend is likely to be the one between the two sides at the top of the ladder. WA will have to fight like demons at the WACA to maintain their pre-eminence, because the visitors will be arriving pumped up with stars.

National batter Josh Hazlewood, recovered from a side strain, is back in a side that’s already stuffed with Baggy Greens. In fact, 10 men in NSW’s 12-man squad have played for Australia, with Kurtis Patterson and Daniel Hughes the only odd men out.

Not surprisingly, online sports betting sites reckon that NSW will triumph in Perth, and they’re being offered at $1.60, against WA at $2.30.

Queensland are playing away against Tasmania in Round 2, but the visitors are also $1.60 favourites to win in Hobart. The hosts, like WA, are being offered at $2.30.

Victoria is hosting SA at the MCG, and it’s the only game of the week in which the betting is leaning towards the home side. But the bookies reckon this one could be a lot closer: Victoria are at odds of $1.80, with SA not far off at $2.05.