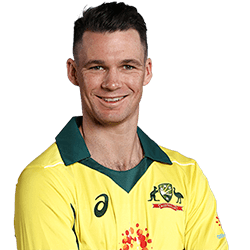 Australian batsman Peter Handscomb has joined the Middlesex team for a two-year contract and is set to be their new County Championship and Day One Cup captain. Handscomb has made a total of 40 appearances across three formats, and will be replacing Dawid Malan, who has since moved on to join Yorkshire. The 29 year old previously played with Gloucestershire, Durham, and Yorkshire. Head coach Stuart Law has stated that his fellow Australian is a fine player on the field. Law welcomed the arrived of an all round cricketer, who had led Victoria to three titles domestically, as well as scored two Test centuries.

Adding to his statement, Law said that Handscomb is a successful captain, and the sort of character who will be able to create a positive environment that will allow the club to keep moving forward. He continued, saying that the player had been brought up in although environment, but that his background will help him with the development of other young cricketers. He added finally that he had known Peter for a long time, and had worked with him at the National Cricket Centre located in Brisbane a number of years ago, and that he knows that kind of person and player Handscomb is.

Along with being the occasional wicketkeeper, Handscomb has also took part in the World Cup semi final loss to England in the summer, just after he had received a call up to play for Shaun Marsh.