Players In Agreement With CA On Afghanistan 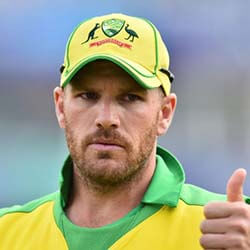 Australia white-ball captain Aaron Finch says players on the national cricketing squad fully support the country’s decision not to continue with a Test against Afghanistan should the Taliban continue with their plans for banning women from playing sport.

Cricket Australia recently threatened to cancel the upcoming Test in Hobart should reports on the Taliban’s stance of women in sport in the country be confirmed. As such, the Test, which remains scheduled to be played on Nov. 27, remains up in the air pending a final decision and announcement by the cricketing authority.

The issue is reportedly on the agenda for discussion during the ICC’s next board meeting.

According to comment made by Aus Test captain Tim Paine last month, players may even refuse to play against Afghanistan at all in the upcoming T20 World Cup in the UAE. He at the time said the ICC should make itself clear on its position regarding which steps would be followed should this be the case.

Aaron Finch stopped short of offering insight into whether the country’s T20 men’s World Cup squad would be willing to play against Afghanistan in the event both teams make it into the semi-finals. He said such a decision belonged to the ICC and that the situation would hopefully be resolved before the competition commences on Sunday, October 17.

Finch added that cricket and its development as a sport is important to many people in the South Asian country and that Afghanistan can hopefully begin to play a bigger role on the international cricketing scene.