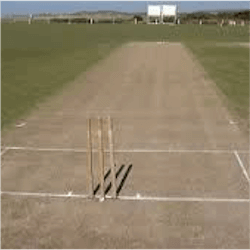 The India versus Australia test match that occurred in Pune saw the host country take a devastating defeat. The match is the first in a planned four test matches. This win by the Australian side puts the Aussies up by 1-0 overall. It was the pitch, however, that has been blamed for the defeat, and officials are not impressed.

The test match was held in Pune, at the Maharashtra Cricket Association Stadium; the first time the pitch was used. Upon referee Chris Broad examining the pitch, which was called bone dry by both Indian and Australian players, he declared that it was “poor.” This was an opinion echoed by Harbhajan Singh, a spinner who has given the Australian side many headaches with his excellent bowling in the past.

Singh went on record to say that it was the poor quality of the pitch that had lead to the Indian side’s terrible defeat, and not necessarily the bowling of Steven O’Keefe. This comment was in relation to O’Keefe quickly ending the batting of 17 of the 20 Indian cricketers, in what can only be described as a cricket massacre. At one point O’Keefe had figures of 12-70, which cannot have been pleasant for the Indian side to endure. It shouldn’t be forgotten that until this point the Indian side had been boasting a record of 19 test matches unbeaten. This thorough thrashing at the hands of the Australians must certainly have been an unexpected result.

The “poor” rating of the pitch, as delivered by Broad, could potentially result in a very hefty fine being levelled. The Indian cricket board still has the chance to respond to the poor rating, however, after which the ICC will make their final decision. Footage will be studied, and the response of the Indian cricket board considered, before a final decision is made. If the pitch is deemed to be substandard, and unfair to the players in the Australia versus India match, a fine as high as $19,600 could be imposed. It is also possible, however, that a warning simply be given, depending on circumstances.

This led many to question as to where the second of the two test matches would be held, considering the controversy caused by the pitch in Pune. Organisers have been quick to assure those concerned that the next match would be held in a location where the pitch was more “sporting” for all players involved.