Richardson Not Selected for March ODI 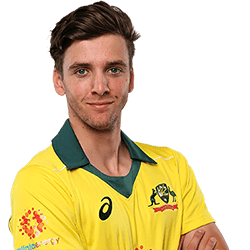 Jhye Richardson was not one of the 14 players to be named for the Australian team for the ODI series against New Zealand taking place from March 13th to March 20th this year.

National Selector Trevor Hohns reported that Richardson’s progress in South Africa since he suffered an injury to his shoulder before the World Cup in 2019 has been good, but it is not healed enough to get him on the squad. But Hohns described Richardson’s performance as exceptional, citing his gameplay throughout the Big Bash as evidence, and said that he has slotted right back into the T20 team in South Africa.

Hohns said that the Australian side is lucky to have such a deep pool of fast bowlers and added that Richardson has more than earned his spot on the squad thanks to the hard work he’s put in to get back into top form after his injury. He explained that keeping him in South Africa with the ODI team there allows the squad the luxury of another exceptionally quick bowler who’s keen to get on the pitch.

Richardson weighed in, describing his convalescence as a tough road filled with ups, downs, and plateaus. He stated that being around his team members and playing is doing him a world of good, however, and he feels absolutely ready to go. He said the squad is in a positive frame of mind and he hopes that there’s a chance for him to get some first-rate bowling in.