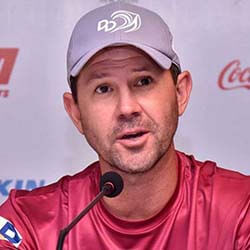 Coach Ricky Ponting has conceded to the fact that his Delhi Capitals made an error bowling Australian cricketer Marcus Stoinis and not Ravi Ashwin during DC’s recent loss to IPL opponents the Rajasthan Royals.

This was the game that saw Chris Morris smacking a phenomenal 36 of 18 balls – a show that eventually took RR to a surprise victory over last year’s tournament runners-up. Morris’ taking charge of a situation that saw Ben Stokes outed early meant an unbeaten partnership with fellow batting trend-setter Jaydev Unadkat, who in turn added 11 more runs to the scoreboard.

Ponting after the game admitted to the tactic that ultimately ended up putting undue pressure on Stoinis as well as skipper Rishabh Pant – who had been the one to toss the ball to the Aussie instead of to Ashwin. He said that although Ashwin had experienced a very disappointing first game, he had thereafter played a beautiful game of three overs, none for 14, and not a single boundary conceded.

The DC coach also said that Ashwin had worked very hard at rectifying and improving his game and overall performance and that the call to play Stoinis instead had not really been fair towards the Indian cricketer.

South African big buy Chris Morris has in the meantime expressed absolute joy at the Royals having gotten quite that close on the day of play. He said after the squad took much from their first game of the season, it’s very nice to know that they’re actually able to win from just about anywhere.