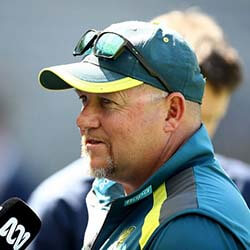 Australia bowling coach David Saker has now addressed an urgent call to Cricket Australia to release the report compiled from the sandpaper ball-tampering scandal. The report has been held secret ever since the scandal first broke in Cape Town in 2018 – a scandal that led to the temporary banning of three of Australia’s best players: David Warner, Steve Smith, and Cameron Bancroft.

The controversy around the scandal resurfaced anew last month when Cameron Bancroft revealed in a conversation with the media that more players knew about the unsavoury plan to tamper with the ball.

The members of the bowling group implicated by Bancroft have in the meantime stuck to their guns of not having had any knowledge beforehand of the ball-tampering goings on. The group is made up of Pat Cummins, Josh Hazelwood, Nathan Lyon, and Mitchell Stark.

Saga now suggests that releasing the secret report could finally draw a line of certainty under the entire drama around who knew what, and who didn’t.

Saga said that since he was part of the controversial Cape Town team, he obviously had inside-knowledge about exactly what had gone on – adding that everybody involved had done their bit regarding the inquiries.

He added that he had no doubt in his mind that even though the scandal had been properly addressed, the questions were going to keep on coming following Bancroft’s controversial revelation. The only way to answer those questions and put an end to speculation will be to make the report public, he said.