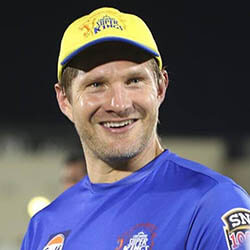 Australian cricketing stalwart and T20 legend Shane Watson has lashed out at the three new rules rolled out to this season’s Big Bash League.

Watson, who announced his retirement at the conclusion of this year’s Indian Premier League competition in the UAE, has labelled the “Power Surge”, “Bash Boost”, and “X-Factor Player” totally unnecessary changes that will only overcomplicate cricket’s T20 game. He even went as far as referring to the latest new rules as shameless “gimmicks” and experiments of science.

According to the Australian legend, the very lure of the Big Bash has traditionally been the players – and the best players in the cricketing world, at that. He says that he firmly believes that the new rules about to be implemented in an attempt to address plummeting television ratings, will end up creating more harm than good. He also said that the believed the rules to be totally devoid of proper guidance.

Watson wrote in a blog post how all that is actually needed for the successful reinvigoration of the BBL are the rolling out of a few simple measures. These, said the recently retired T20 cricketer, if implemented correctly, will see the BBL shoot right back up to the top of the ratings in to time at all.

The star cricketer also said that the BBL was for a very long time regarded the second-best T20 competition in the world – beaten on the popularity ratings only by the Indian Premier League. The IPL, added Watson, enjoys the support and status that it does not because of gimmicks, but because of actual talent among its players.