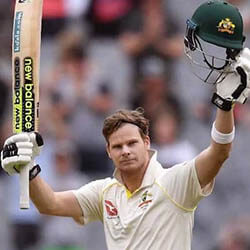 Former Aussie skipper and international star cricketer Steve Smith says he has no doubt he will miss the jeers and sideswipes typically directed at foreign teams by English supporters when he makes his way back to cricket stadiums without crowds for Australia’s T20 and ODI tours in England in September.

The 21-man Aussie Squad departed to England at the beginning of the week, making of them the first local sports team to go on international tour since the public outbreak of the current health crisis early in March.  Smith and his teammates last played an official cricket game on March 13. Not surprisingly, he says he’s absolutely thrilled at being able to start playing cricket again.

Even though he likes batting in England, said Smith, it remains a pit that there won’t be a crowd pushing him to do better by motivating him with a “hard time”. He now only has the eyes he knows will be on the TV to fall back on – knowledge he appears to at least find some solace in.

Smith also says he isn’t at all bothered about his team being roughly two months behind their English rivals in terms of match practice. England, unlike Australia, has played two international series since July.

The idea is for the Australian team to remain in solitary separation until September 4, on which date the first of a total of three T20s will be played at Southampton’s famous Rose Bowl stadium. The team will reportedly spend this time playing internal matches among their own players.