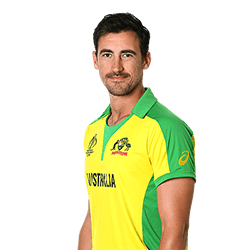 Australian cricket has been dealt quite a few blows in the last month as several players announced their withdrawal from the team for a number of different reasons. As a result, Australia has been left with an inexperienced squad, the results of which showed during their match against the West Indies in the T20 series. The team is currently preparing for the three One-Day Internationals.

With some of the team’s top players missing, Australia received quite the beating from the West Indies. Starc has since come forward to voice his support for the team while emphasising the importance of their current opportunity. He did not, however, comment on the players that are currently missing from the team. What he did say, is that everyone has different situations and that inevitably determines their decisions.

Starc went as far as to say that Australia has a strong group of guys, albeit inexperienced ones. This is their chance to perform and try to get a spot in the next World Cup. The players have excelled in domestic cricket and now have the time to chine on an international stage. The West Indies side was definitely stronger, and the team does have a lot to improve on before the next game.

Starc also had a rocky start to the series, failing to take wickets and even being dubbed expensive. However, by game three he seemed to be back on track and played an important part in securing Australia’s victory, defending a lead of 10 runs.