Steve Smith and David Warner Back In Australian Squad 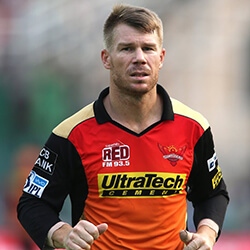 David Warner and Steve Smith have been officially named in Australia’s World Cup team after both had been serving year long bans for tampering with balls. Smith, who was the former captain, along with ex vice-captain Warner received fines and subsequent bans for the incident during their third Test match while in South Africa in March 2018.

Batsman Cameron Barcroft, who had been banned for a total of nine months, returned to the team last year December. Trevor Hohns, the Australian chairman of selectors, has stated that the return of Warner and Smith has been pleasing. Both have been involved in the current season’s Indian Premier League for the Rajasthan Royals as well as the Sunrisers Hyderabad.

Hohn, in a statement to reporters, said that they are pleased with how the ODI squad has worked over the last six months, which includes series wins in both India and Pakistan. He added that Steve Smith and David Warner will be coming back on to the squad, and that it was pleasing to see both of these world class players producing good form in the IPL.

Spinners Nathan Lyon and Adam Zampa have also been added to the Australian team, along with Mitchell Starc, Jason Behrendorff, Pat Cummins, Jhye Richardson, and Nathan Coulter-Nile. Josh Hazlewood and Peter Handscomb, however, have not been named, despite having both scored their maiden one-day century in India during their games last month. Australia’s campaign will see them start against Afghanistan.