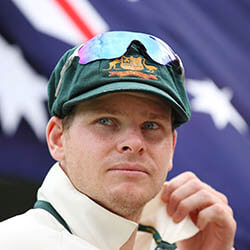 Former Australia cricket captain Steve Smith will be allowed to join the Rajasthan Royals as they head into this year’s UAE-hosted Indian Premier League series after all – in spite of his recovering concussion.

Cricket Australia has however only cleared Smith on condition he passes all concussion protocols before as much as setting foot on an IPL pitch. Smith during Australia’s ODI England tour got hit on the head during a net session, causing him to miss the series.

Now that he’s conditionally been cleared to participate as part of the India club, he’ll be travelling directly from England to the UAE as he prepares to join several of his fellow Aussie and England players also headed into six days of self-isolation once they touch down in the Gulf country.

Cricket Australia has furthermore confirmed already having made contact with the medical team of the Rajasthan Royals. This so as to ensure that the former Aussie skipper isn’t exposed to undue pressure or motioned into service before he’s completely ready and able.

In addition to having to first pass all the necessary concussion protocols, Smith will, along with his fellow-travellers, upon arrival in the UAE be subjected to several other tests and hoops so as to ensure everyone participating in this year’s IPL’s safety.

Smith was previously struck on the head by a stray bouncer during the Ashes series. He was also that time round ruled unfit to play after he failed the majority of the protocols.