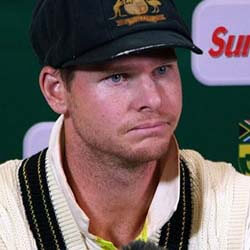 After serving a 12-month ban as a result of a cheating scandal, Steve Smith’s ban from leadership has expired and he is ready to captain Australia once again.

The now infamous ball scandal that took place during the 2018 tour of South Africa is said to be one of the most dramatic cricketing events to date. As a result, he was barred from leadership of the national team and relinquished the captaincy to Aaron Finch for white ball teams and Tim Paine as Test skipper.

He pledged his full support to Finch and Paine as they battled under pressure to keep their jobs.

Smith says that he is grown as a person and is more than happy to step up to the plate if the Australian cricket selectors will have him. It also depends on whether or not the team believes that it is in their best interest to have him as captain.

He has been quoted as saying that he is always going to have to live with what happened on the pitch in Cape Town, regardless of whether he is chosen to lead again or not. It’s always there. He added that time moves forward, and he’s learnt so much the last few years about myself, and has grown as a human being. It’s great that Smith has faced up to what he has done, but not all fans and cricket players feel that he deserves to lead the team. If he is selected, it may cause an uproar, despite him having being punished and facing a public bashing.

Cricket Australia is yet to comment on the captaincy.