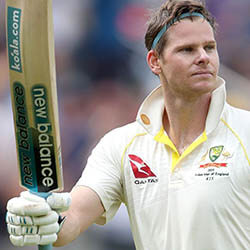 Former Australian skipper Australian skipper Steve Smith is widely regarded to be the best batsman in world cricket. Which is why it seems positively ludicrous to even imagine him being dropped by IPL squad the Rajasthan Royals. And yet, given his recent from slump, many are left wondering whether it may be time for the India side to axe the Australian cricketer.

There’s no arguing that the Royals skipper played the side’s first two IPL matches in perfect form – smashing back-to-back half centuries at a super impressive strike rate well over 160. But the devastating low hit by Smith during the third match played by RR has lasted ever since – a low not surprisingly perfectly aligned with the overall losing performance put up by the franchise in this year’s competition to date.

Now slogging behind at seventh on the IPL points ladder – only under-performed by constant underdogs Kings XI Punjab – the Royals would have to be pardoned in the event that they did consider dropping Smith from their playing eleven. That the Rajasthan Royals’ lineup is in desperate need of a re-shuffle is no secret – with at least five other players all equally suited to bat in the top three.

Also significant in terms of the road ahead for Smith in particular is South African David Miller’s inclusion into RR’s lineup. His inclusion could very well end up bolstering the squad’s middle order to such an extent that a knock-on effect is felt all the way through the top order too. All of which would obviously ultimately affect Smith’s own position with the team.