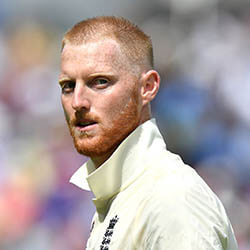 New Zealand-born England star cricketer Ben Stokes will not be rejoining the team in the event that he does happen to return to England after a sudden recent return to his home country. Stokes has cited “family reasons” regarding his abrupt pulling out of England’s white-ball summer. The 29-year-old headed back to New Zealand after pulling out of the remainder of the Test series between England and Pakistan.

England will face Pakistan in a total of three T20 competitions before playing hosts to Australia this coming September. The hope remains that those players who have only played Tet cricket so far this summer, will be the players chosen to face the Ashes as they do their bit for the poms. Players like Joe Root, Jos Buttler, Chris Woakes, and Jofra Archer will in all likelihood all form part of an elite Ashes-facing English side – but regrettably, no Stokes.

Even so, white-ball captain Eoin Morgan recently said of Stokes’ sudden departure, since family plays a crucial part in the lives of most people, cricket players included, Stokes’ decision to return to his home country in order to rejoin his family, “is as it should be”. Guys often cite broken down family relationships as one of their biggest regrets within the context of playing international cricket, explained Morgan.

Once a full-number English team does make its way back in the winter, or even in time for next summer, Morgan said he believes that those chosen will be guys who consistently performs – and not necessarily those with one or two recent good spells under the belt.