The Race For The Expanded IPL Is On 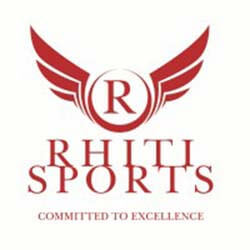 Rhiti Sports Management, the company that once represented CSK skipper MS Dhoni, has reportedly entered its name into the bidding hat for one of two new IPL franchises set to be added to the roster next year.

A total of 10 bidders are currently vying for a team.

The current franchises will remain left with the option of holding on to some or even all of their current players should they choose, with the two newcomer teams set to acquire their players at the annual Indian Premier League auction.

A total of four venues have been shortlisted for home-turf and local games for the new teams. These are Cuttack, Indore, Lucknow, and Ahmedabad. The base price set by the BCCI has remained the same for each of the two newest additions to the roster. This will remain set at Rs 2000 crores.

Each applicant that entered itself as part of the tender process by making use of the BCCI’s “Invitation To Tender” (ITT) paid a non-refundable application fee of Rs 10,000,000 to the Indian Board.

There’s currently speculation that the Torrent Group and the Adani Group might come together in a joint bid. This is however yet to be confirmed.

What has been confirmed is that the Glazer family, who owns Manchester United, arrived in Dubai on Sunday.