Things Are Looking Good for the ICC T20 WC 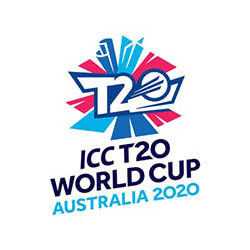 Peter Handscomb, batsman for the Baggy Greens, is hopeful about the International Cricket Council Twenty20 World Cup running as scheduled. There will, however, be red tape around the travel requirements of the international teams in the wake of travel restrictions due to the novel coronavirus COVID-19 pandemic. With players from 16 teams having to make their way across Australia, we’ll have to make careful arrangements, so requirements are met.

Handscomb commented that it’s great that Australian players are at least able to start training again, starting their season at the end of May. He said that if things go well it will set a good precedent for Australian sport over the summer.

The ICC T20 World Cup will be played from October 18 to November 15 at seven venues across the country, including the Adelaide Oval, The Gabba, Kardinia Park, the MCG, and at Perth Stadium.

In related news, Handscomb was unhappy about the delay to the English Domestic Cricket Season, expressing disappointment at not being able to play for Middlesex county due to COVID-19. He signed a two-year contract with the team in November 2019 and had recently accepted the invitation to captain the squad in First-Class and List-A Cricket through this and next year’s seasons.

But however unhappy he is at how things have gone, Handscomb said that the world’s health and safety are the only priority right now. He said that it’s a shame, but the bigger picture is terrifying and we’ll all just have to wait and see where we are when the dust settles.