Tim Paine’s Got Justin Langer’s Back 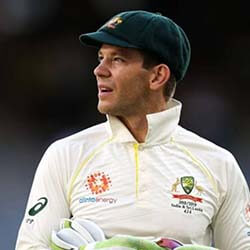 Tim Paine has been rallying in support behind coach Justin Langer and his remaining on as head coach of the national cricketing side. This as conversations around whether or not Langer should remain and the role have been growing increasingly more robust.

Paine said this week its imperative the debate and public unease around Langer be resolved with immediate effect, and for Australia’s cricketing “influencers” to discuss and reach a decision on the matter. He also called for more meetings and on an urgent timeline. He also commented on the notion that many of Australian cricket’s failings are currently being pinned on Langer, adding that this was an exceptionally unfair thing to do.

Langer remains contracted until mid-2022. What this means is that the situation will continue to grow ever more complicated until such time as either an extension or cancellation of contract is announced.

While Langer, himself a former Test opener, said as recently as July that he felt a bit like “Superman” after an air-clearing camp, leaks from within cricketing circles suggest that everything but the opposite is actually true.

Paine said on Friday the focus over the next few days will be to regroup and get everybody back on the same page. It’s imperative for everyone to be clear on what it is that is expected of them, and how the journey should be planned and organised going forward, he explained.

Meetings are anticipated to either take place in small groups or via Zoom calls since getting everybody together in person isn’t practically possible right now.