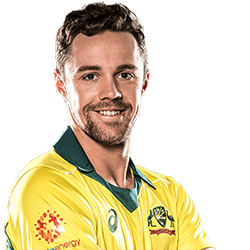 Australian batsman Travis Head will be joining Sussex for the entirety of the 2020 season, and will be playing in all formats of the game. The 25-year-old left-hander was originally part of Australian’s Ashes campaign, which featured four tests. He claimed 191 runs in eight innings against England, with his best score at 51 in their victory while playing at Edgbaston.

Sussex Australian head coach Jason Gillespie told reporters that they wanted a top four batsman to improve their team, and that Travis was the best pick. He added that Travis has shown his class in his international career so far, and that he will offer some strong leadership support to their captains from his team leading South Australia and the Strikers. Lastly, he added that they also felt that it was important to sign an overseas batsman that would be able to join them for most of the season.

Head, who had previous played fro Worcestershire and Yorkshire, had been set to sign for Sussex for the 2019 Season, but his call for the Ashes meant that he was never able to take up the contract with the county. He has represented Australia in all three different formats, having played 12 Tests, and has appeared 16 times for the T20 nation side. He has featured most regularly in One Day Internationals, where he racked up 1273 runs at an average of 34.40 from a total of 42 appearances throughout his time playing in the country.