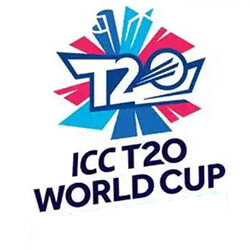 This year’s Twenty20 World Cup, which was initially scheduled to be played in October and November this year, has been postponed until 2021, the ICC has said. The reason for the postponement is the ongoing uncertainty created by the global health crisis, leaving many a major sports event and tournament in limbo.

ICC chief executive Manu Sawhney has justified the decision to postpone as one mindful of grabbing hold of the best possible opportunity of hosting and delivering two safe and successful T20 World Cups. The change in schedule has now made it so that 2021 and 2022 will see back-to-back men’s T20 World Cups being played. Staging a 2020 World Cup relying on the success of 16 teams travelling amid major travel and other logistical restrictions is quite frankly asking to fail.

The ICC has however not yet revealed any details or decisions regarding a possible hosting order come next year, and also beyond. According to how the original calendar was structured, India was tasked with hosting the 2021 edition of next year’s Twenty20 WC. But given the most recent change of plan, it will according to an ICC spokesperson now be up to Australia and India to decide among themselves who will be hosting which edition of the two major WC events.

Since India is set to host the 50-over World Cup in 2023, India’s cricket board, the BCCI, has expressed itself in favour of hosting the 2021 edition so as to avoid having to successfully pull off back-to-back cricket World Cup events in 2022 and 2023.

Australia has not yet indicated whether India’s preference is in line with its own.