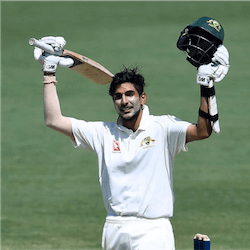 January is reckoned one of the drier months in New Zealand, but of course, everything is relative. In some areas, ‘drier’ simply means 60mm spread over 15 days, instead of 140mm over 24.

Which means that any major cricket tournament scheduled in New Zealand, including the 2018 U19 Cricket World Cup from January 13-February 03, is at the mercy of meteorology. And so far, Mother Nature isn’t playing the game.

On Wednesday, January 10, fans in Christchurch and sports betting enthusiasts following the tournament build-up online were disappointed to see all four of the scheduled warm-up ODIs rained out.

Defending champions West Indies were set to play Zimbabwe, the hosts were slated to take on Papua New Guinea, Afghanistan were supposed to face Namibia, and Bangladesh were scheduled to meet Pakistan.

Unfortunately, it was one of the ‘only’ 10 days in January that Christchurch experiences a non-stop deluge, and all four games had to be called off.

Worries that Wet Weather Will Continue

At the time of writing, punters were anxiously awaiting Thursday’s weather, to see if the final warm-up matches would go ahead: between India and Kenya, Ireland and Canada, England and Sri Lanka, and former champions South Africa and Australia.

Australia’s Shot at Another Record

Australia have won the U19 Cricket World Cup three times in its history, as have India. So if the team of future Baggy Greens stars can win the ODI tournament again this year, they will take a clear 4-3 lead in the record books.

Of course, India will be aiming for exactly the same result, so the Aussie team, led by 18-year-old NSW prodigy Jason Sangha, have their work cut out for them. But whichever side proves the stronger, fans are in for some top-notch cricket… as long as the weather allows it to be played.