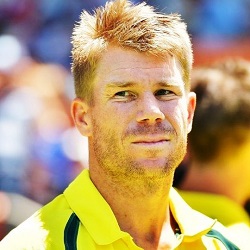 The question of a million-dollar payday has been raised as a possible reason for David Warner refusing to answer any questions at his press conference on Easter Saturday.

In the wake of the ball-tampering scandal in Cape Town, Warner faced the press regarding accusations by Cricket Australia that the former Vice-Captain was the one responsible for orchestrating the cheating. Warner responded to many of the questions the press put to him with precisely the same answer: he was there to accept total responsibility for the part he played in the whole kit and caboodle.

Journalists and cricket fans alike were left frustrated, prompting Warner to take to Twitter in an effort to explain why he remained so evasive. His tweet indicated that he is going to challenge the charges brought against him.

Warner’s faction have yet to confirm whether or not they will be challenging the fact that the player has been banned for one year, and may not take part in domestic or international cricket games for this period. Veteran journalist David Penberthy, however, suspects that there may actually be an ulterior motive to the opener keeping so mum during the press conference.

Penberthy, speaking on FIVEaa radio station, stated that it was worth noting that the disgraced player had Roxy Jacenko, a high-profile PR woman from Sydney, sitting alongside his wife at the press conference. Penberthy feels that Warner is remaining cautious for a tell-all interview, and that this is part of the strategy being spearheaded by Jacenko.