Will Pucovski To Take Break From Professional Sport 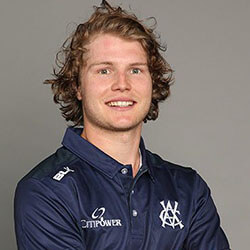 Cited as Australia’s next rising cricket superstar, Will Pucovski has recently announced that he will be taking an indefinite break from the sport in order to deal with a mental health issue that has seen him battling with his career as of late.

The 20-year-old player has so far record an incredible innings of 243 against Western Australia, marking himself as one of the most successful young players in recent history. Many pundits have pinned the player as being ready to move into the top order of the Australia Test team by the time the summer season comes around.

But a statement released by Cricket Victoria has confirmed that the player will be taking a break indefinitely from the competition as he seeks to find treatment for his mental health issues. Pucovski has also withdrawn from Victoria’s Sheffield Shield clash that was to see them face NSW, which was triggered by severe lethargy not long after earning his innings in Perth.

He managed to bat for more than a day at the WACA, facing 313 balls, and became the youngest place since Ricky Ponting to claim a Shield double-century.  Shaun Graf, general manager of Cricket Victoria, has told reporters that their medical staff is of the opinion that it’s better that the young cricketer take a break from the professional scene for a while, with the hope that he doesn’t burn out before the start of the upcoming summer season.