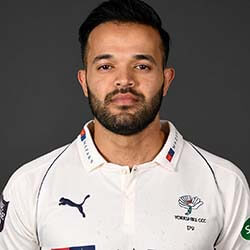 Former Headingly cricketer Azeem Rafiq has reportedly now settled his harrowing tribunal case with the disgraced Yorkshire Cricket Club. This after an apology as well as a six-figure payout had been laid on the negotiations table by new club chair Kamlesh Patel.

Patel commented on the ordeal and settlement on Monday afternoon – only three days after assuming the position of chair at the club. He revealed that he had spent many hours in talks with the former player over the weekend and added that the restitution made in Rafiq’s favour represents an important first step to rebuilding the club in a positive and racism-free way.

Patel as part of his comments emphasised that Rafiq had shown bravery by becoming a whistleblower on racism and discrimination. He said racism should never be regarded as merely “friendly banter” and that what Rafiq had done by speaking out should be regarded as nothing short of praiseworthy.

The new chair also apologised on behalf of the club, saying how lamentable it was that not only Rafiq, but also his family, should have been put through such a ghastly and regrettable ordeal.

Of his conversations over the weekend with Rafiq, Patel said those had been difficult – not to mention extremely sad. He said he’d been left with the question of why anything “like this” should ever happen to any human being.

Patel has also now announced the launch of an independent review into Yorkshire’s internal reporting processes. He admitted that the investigation into Rafiq’s complaints had been essentially flawed.