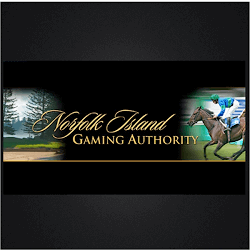 Many Australian online gambling and betting sites are looking for new licencing after the government shut down the Norfolk Island Licence Authority last week. Since the 1990’s, the Norfolk Island Gaming Authority or NIGA has been issuing online sports betting and lottery licences to local firms operating on Australian soil. Last week, the federal government swept in and shut down the licencing authority over concerns about certain oversights and neglected duties.

The temporary shut down came shortly after a report was released whereby the author deemed the licencing authority to be barely viable. The report also found that there was no internal control over exactly who was being issued an operating licence. It was thought that the Norfolk Licencing Authority was more concerned about increasing revenue from gaming licences rather than focusing on its regulatory functions. The report ended off saying that the government recommended that the facility did not continue to operate in its current form.

Gaming and online betting on Norfolk Island is currently overseen by the Norfolk Island Gaming Act 1998. This act precedes the more recent Interactive Gambling Act of 2001. Under the act, overseas sites were able to apply for an Interactive Home Gaming Licence which meant that many UK sites were licence on Norfolk Island until quite recently. In its current format, the licencing authority licences software providers servicing locally based Australian betting sites.

The shut down includes GenerationWeb who provide betting systems to TopSport, MadBookie as well as EliteBet. These are all licenced sports betting sites which offer legal online betting to anyone in Australia. While some aspects of the business were all above board, a review was launched after the Norfolk Island Gaming Authority issued a gaming licence to BetHQ betting exchange. It is thought that BetHQ has direct links to Citibet which is one of the world’s biggest illegal betting websites.

With regards to the shutdown, the Norfolk Authority was criticised for not implementing the most rudimentary background checks on BetHQ let along CitiBet. Meanwhile under the terms of the shutdown, all affected betting sites will have six months to find a new home. For many sites, the northern territories may be the answer.