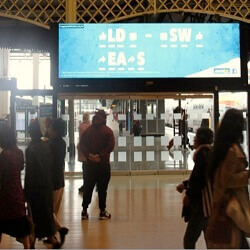 Victoria Cracks Down on Gambling Advertisements

The growing number of gambling related public advertisements in Victoria could soon be coming to an end. In a momentous decision, the Victorian State Government has officially decided to ban all forms of gambling advertising on public transportation. The move comes in response to a growing concern that youths are being negatively affected by online gambling and sports betting advertisements.

The ban will see the removal of advertising from all busses, trains and trams. To add to this, the new plan aims to ban all Australian sports book companies from placing advertisements near schools. The decision to crack down on advertising has come in response to a new study from Deakin University. The study revealed that 75 per cent of youths under the age of 16 felt that sports betting was part and parcel of sports in general. The children believed that gambling was normal, or else a common part of sport.

The Minister for Gaming and Liquor Regulation, Marlene Kairouz said in a statement that the Victorian government was concerned about the normalization of gambling on sport through the proliferation of gambling advertising. She added that the government was particularly concerned about its impact on children, adolescents and other people vulnerable to gambling-related harm. To add flames to the fire, Victoria’s Liberal party leader Matthew Guy has publicly called for the outright ban of all forms of gambling related advertisements on television.

While the government has reportedly funnelled over $150 million into Victoria’s Responsible Gambling Foundation, no discernible impact has been noted. Recent statistics have shown that in total, online gambling and sports betting in Australia has increased to new highs. The total revenue for online gambling has increased over 7 per cent from the previous year.

While this may please many people in the sports betting and online gambling industries, it does not bode well for the anti-gambling effort. On the other hand, the decision to ban advertising on transportation could be a hard blow to the major players in the industry. How this will impact the companies or the industry as a whole, we will have to wait and see. In the end, the state has a responsibility to its people and the protection of children.