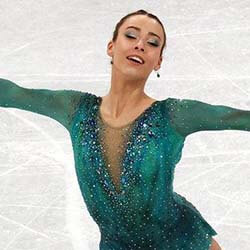 Yet another figure skater has tested positive for doping at the Beijing Winter Olympics.

The International Testing Agency (ITA) on Tuesday revealed that Spanish skater Laura Barquero tested positive for the performance-enhancing metabolite Clostebol.  The steroid is indicated as a banned substance on the list of the World Anti-Doping Agency. The sample was reportedly collected during an anti-doping control exercise on February 18.

According to a statement issued by the ITA, Barquero has been informed of the finding and now has the right to request a closer analysis of the sample taken. The matter will furthermore be referred to the anti-doing division of the court of arbitration for sport (CAS), the organisation confirmed.

But perhaps the biggest doping story in Beijing has been that of 15-year-old Russian athlete Kamila Valieva. After Valieva tested positive for a banned substance on Christmas Day, she received clearance from the CAS to compete on the basis of her age and status as a “protected person”.

The CAS said at the time that many legal issues had to be taken into account because of Valieva’s age. The court furthermore ruled that given the limited facts available within the context of the case and investigation, a decision had been taken to allow the Russian youngster to keep competing in Beijing.

It remains to be seen whether some form of leeway will be granted to Spain’s Laura Barquero.

US figure skaters who competed in the controversial event that involved a Russian doping case were reportedly given torches as “hold-over gifts” by IOC president Thomas Bach. A final resolution ….