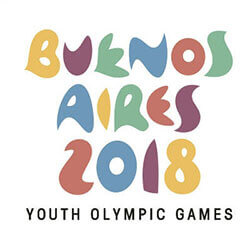 With the 2018 Youth Olympic Games about to start, nations around the world have been finalising and confirming the teams that will be taking part in the event. In Great Britain, Aaliyah Powell and Islay Watson have been added to squad for the games being held in Buenos Aires.

Powell will be following closely behind fellow taekwondo fighter Jade Jones, a gold medallist who saw victory at the inaugural Youth Olympics in 2010, who then went on to repeat her feat in the senior Games in London during 2012.

Forty-two athletes from Great Britain are set to participate in the 2018 addition. Competitors will contest 17 of the 32 sports at the event, which is making history as the first Olympic competition to host the same number of male and female athletes from the 206 countries that will be taking part.

Along with Jones, diver Tom Daley, gymnast Sam Oldham, and swimmer Duncan Scott have all competed in the Youth Olympics in previous years before earning senior Olympic medals in subsequent Games. Other British athletes that will be at the event include junior champions boxer Caroline Dubois, rowers Michael Dalton and Theo Darlow, and gymnast Amelie Morgan, who recently claimed a record haul of five European junior medals in Glasgow.

European junior champion Charlotte Hope and Lauren Salisbury will both become the first karate athletes from Great Britain to take part in an Olympic Games event before the sport’s debut at Tokyo in 2020.