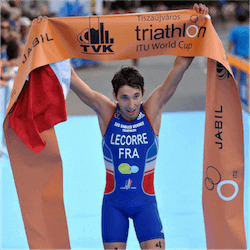 There have been eight rounds in the ITU Triathlon World Series since the 2017 tournament kicked off in March, held in Abu Dhabi, Gold Coast, Yokohama, Leeds, Hamburg, Edmonton, Montreal and Stockholm. The Grand Final starting next week in Rotterdam, from 14-17 September, is the annual World Championship for triathletes.

The 2017 Grand Final will crown the world champions in the sport across the Series’ eight divisions, including Elite Men and Elite Women: the two races closing Saturday’s events that will most interest Australian online betting enthusiasts.

Looking at the Aussie Contenders

Australia has a squad of 19 triathletes going to the Grand Final, with the five women and three men in the Elite events including four Olympians: Ashleigh Gentle, Emma Jackson, Ryan Baillie and Aaron Royle. Queensland star Gillian Backhouse is another athlete to watch, coming off her win in the inaugural ITU Karlovy Vary Triathlon World Cup in Czech Republic on Sunday, in the town formerly called Carlsbad.

The rest of the Australian Elite squad comprises Charlotte McShane, Natalie Van Coevorden and Jake Birtwhistle. Triathlon might not be the biggest sport in Australia, but Aussie triathletes have a record at the ITU Triathlon World Series that is out of all proportion to that following, which speaks to their dedication and talent. In 28 editions since 1989, Australians have taken a record 19 gold, 15 silver and 14 bronze medals, so punters will fancy the squad’s chances in Rotterdam.

Among the Elite Men, Australia’s performance in Czech Republic wasn’t as impressive. Declan Wilson, who isn’t in the squad going to the Grand Final, was the highest-finishing Aussie, in 31st. Norway’s Gustav Iden, Italy’s Alessandro Fabian and New Zealand’s Tayler Reid took respective gold, silver and bronze at Karlovy Vary, so if they’re on the line-up in Rotterdam, betting fans should take note and can get their wagers in at Luxbet.