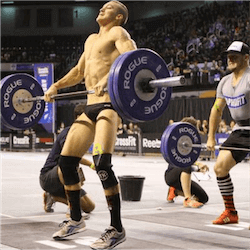 For a decade since their launch in 2007, the annual Crossfit Games remained in California, the original home of this high-intensity fitness discipline. This year, for the first time, the Games took place in Madison, Wisconsin. As the sport continues to grow in popularity worldwide, hopefully it will become a global event, hosted in turn by different nations around the world.

There are certainly plenty of fans in Australia: among both athletes in more mainstream sports who find Crossfit a useful supplement to their training regimes, and those dedicated to Crossfit as a discipline in itself. And for Australia’s thousands of online sports betting fans, the Wisconsin tournament that finished on Sunday also provided some entertaining betting action.

Aussie punters got additional value for money at the 2017 Games, because no less than three Australian athletes finished on the individual championship podiums. The star of the weekend was Queenslander Tia-Clair Toomey, who claimed the 2017 Crossfit Games Women’s Individual Championship with 994 points overall.

The 24-year-old, who also represented Australia in weightlifting at the 2016 Olympics, finished as the Crossfit runner-up in 2015 and 2016, so her triumph was triply sweet.

Ricky Garard suffered the agony of just missing the qualification for the 2016 Crossfit Games, so the Aussie entered this year’s tournament a rookie. He didn’t let that intimidate him though: he finished third in the Men’s Individual Championship, 298 points behind US winner Matthew Fraser.

Fraser, the 2016 runner-up, amassed 1,132 points over six events, with three firsts, two seconds and a third. In betting before the Games, the Vermont athlete was second favourite at $1.22, marginally behind Michigan’s Richard Froning Jr, at $1.20. So his win will no doubt pique extra rivalry between the USA’s North East and Central East Crossfit regions.

Froning didn’t make the podium at all; second place on Sunday went to Canadian athlete Brent Fikowski, who was an outsider in the betting.