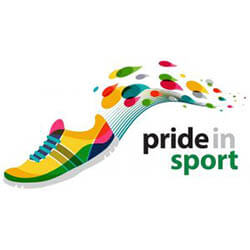 Australia is currently the country right at the forefront of setting balanced and inclusive guidelines for the inclusion of transgender athletes, says the National Program Manager of Pride in Sport Australia, Beau Newell.

An impressive total of eight Australian sports federations on Thursday participated in the issuing of a set of guidelines hoping to encourage the inclusion and participation of trans athletes in international sport. These included some of the country’s highest governing bodies tennis, the AFL, and rugby union.

Witnessing so many national sports bodies cast a vote in support of transgender inclusion in international sport is definitely a world first, pointed out Newell.

At the heart of the initiative is the breaking down of the stigma faced by transgender and other gender-diverse people in professional sport. The aim is to create new pathways effective at bridging the gap between community sport and professional sport by helping organisations strike the right balance between inclusion and fairness.

Guidelines formulated for the inclusion of transgender athletes at community level, and later by way of qualifying graduation to professional level, were on Thursday issued by Tennis Australia, Rugby Australia, Netball Australia, and several national federation organisations tasked with governing sports like hockey, netball, touch football, and water polo.

Due to different levels of challenges and physical strain posed by the different kinds of sports played in the international arena, the guidelines too, necessarily differ across the various sports.

Cricket Australia last year took quite a bit of rap over the organisation’s gender diversity policy.