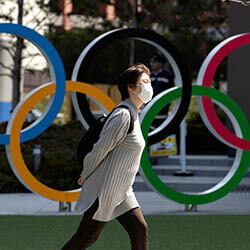 The coronavirus COVID-19 pandemic has seen Australia withdrawing all athletes from the 2020 Summer Olympics in Tokyo scheduled to unfold between Friday the 24th of July and Sunday the 9th of August. Our nation’s top Rugby League tournament has additionally been called off along with almost all other domestic and professional sports.

Athletes are not able to train or make the proper preparations due to social distancing being implemented and a clampdown on travel being put into place. The Australian Olympic Committee has revealed that it’s become impossible to assemble a team in time.

Chef de Mission Ian Chesterman recently stated that he’s unsure of whether or not the games can even go on, even though he’s been quoted as saying that the team was 100% committed to the schedule. The volatile nature of COVID-19, and it’s unprecedented descent on the global population, means making plans of any kind has become risky.

Chesterman spoke of our athletes’ magnificently positive attitude in terms of training and preparation so far but revealed that the stress and uncertainty have become too much of a challenge to warrant continuing.

Australia has previously agreed with the International Olympic Committee which, until Sunday, has stood firm that the Games would be going ahead as planned. After weeks of pressure, however, it finally admitted that postponement was a scenario being considered, with a decision expected in a month.

This time frame did not suit the AOC, however, and it announced its decision just after Canada revealed that it would be staying away from the Games.