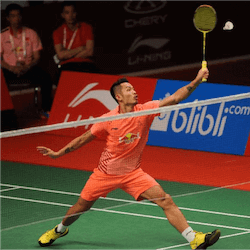 Badminton is pretty much a minority sport all over the world. In Australia, it doesn’t make it into any of the three ‘Top 10s’: sports watched, bet on, or played in. In most countries it also struggles to find funding, but although the badminton community is small, its supporters are dedicated to keeping the game alive and flourishing.

The global attention that the Badminton World Federation’s 2017 World Championships will receive when it starts in Scotland on Monday is thus a welcome publicity boost for the sport. It’s also a reminder to Aussie online betting fans that even if they don’t follow badminton, its premier international tournament will feature the best in the world in closely matched contestation that will provide excellent betting.

The tournament will run at Glasgow’s Emirates Arena from Monday to Sunday, 27 August. Glasgow last hosted the Badminton World Championships in 1997, at the Scotstoun Centre. This year’s venue has a capacity of 6,000, which is another indication of the relative size of the sport’s fanbase.

Monday kicks off with a singles Round of 64 and a doubles Round of 48. The same procedure is repeated on Tuesday, with the addition of a Round of 32 for the previous day’s singles winners. The final Round of 32 occupies Wednesday completely, followed by the Rounds of 16 on Thursday, then quarter-finals, semis and finals on Friday, Saturday and Sunday.

China’s Chen Long, ranked fifth in the world, is top of the betting to win the men’s singles, but Malaysian World No. 2 Lee Chong Wei is practically neck-and-neck: online betting sites are offering both at between $2.25 and $3.50.

Thailand’s Ratchanok Intanong, at $6.00 and above, might be a contender, and India’s World No.5, V Sindhu Pusarla, could also be a threat, at around $7.00.