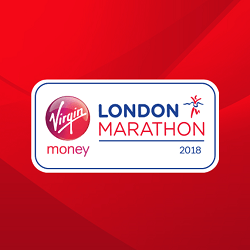 Despite the heat and some setbacks, the London Marathon for 2018 went ahead as usual, and for the most part, was a success. This was until complains started rolling in about the less than professional coverage of the event offered by the British network, BBC.

The London Marathon was broadcast to millions of people around both Britain and the rest of the world, and it was clear that the clarity was not up to par, and it didn’t take long for people to take to social media to vent their concerns to the BBC. Many reported that the coverage was, “very glitchy,” while other complained that it was, “downright awful.”

A spokesperson from the BBC released a statement to Digital Spy, saying, “Following a technical issue, we switched to a reserve line which resolved the issue.”

They continued by stating, “In over six hours of live coverage this was a small glitch and viewers still witnessed Mo Farah become the fastest marathon runner in British history and thousands of amazing people take to the streets of London to run for many worthy causes.”

Some of the Twitter complains that the BBC included:

“It’s not the #LondonMarathon unless you’re watching the coverage, that then freezes and cuts to a random aerial shot. #EveryYear”

“BBC transmission is terrible… what’s with all the technical issues with sound and vision?? Better 20 years ago.”

Despite the small issues during the 26 mile track, most of the race did receive unbroken, full coverage.