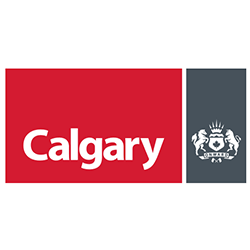 Calgary has seen some upgrades in recent years in anticipation for the 2026 Olympic Games that are set to take place there. Despite this, members of the local community as well as the protective services committee have been told that the city has been slowly losing its competitive edge when it comes to appealing both to major sporting and cultural events.

Cindy Ady, the president of Tourism Calgary, has said that despite securing the 2019 Grey Cup, the lack of modern facilities is causing problems for the city, and is the reason for the loss of the attraction for sporting events.

She said in a recent presentation, “We have a great strategy, we have a lot of the right team, we do a lot of the right things, but when you don’t have the facility, those that do win. So are starting to lose our competitive edge because we’re not in that facilities games right now.”

Diane Colley-Urquhart, a Councillor for the city, has said that she wishes to see a list of events that the city has failed to appeal to in recent years. “Look at the events that you tried to get here but for one reason or another, because of the lack of facilities or a lack of infrastructure, that you weren’t successful,” she stated in a recent address to the city council.

“It would be a really important list from you because we need to get this into the food chain,” she added.