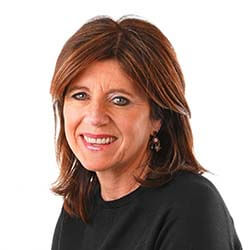 As the story continues to develop, grow, and take a life of its own, another piece is added to the puzzle. Her claims, while labeled idiotic by Jack Riewoldt, appear to hold some truth to the matter.

This comes after Saints’ players Seb Ross and Tim Membrey left the game and missed the six-point loss to Adelaide in Cairns. She has been criticized for her comments but has been reported as saying that the views were shared by St Kilda as well as at other league clubs.

It is alleged that the team had asked Seb Ross to stay and play, but he chose to go home to his partner instead. Wilson has further stated that with Ross out of contract at the end of the year, the Saints are not too worried about it, although the fact that he left after being asked to stay will more than likely be used against him.

Jack Riewoldt has since voiced his confusion about the matter and fully supports their need to be at home with their families instead of playing football. He believes that it is idiotic that the players and their families need to have their personal lives dragged into the spotlight like this.

This is further an irresponsible stance to take as it has not even been confirmed that it was the reason for them not playing. Riewoldt firmly supports players who put their families first. He commends them for their bravery to leave during such an important time for the team.